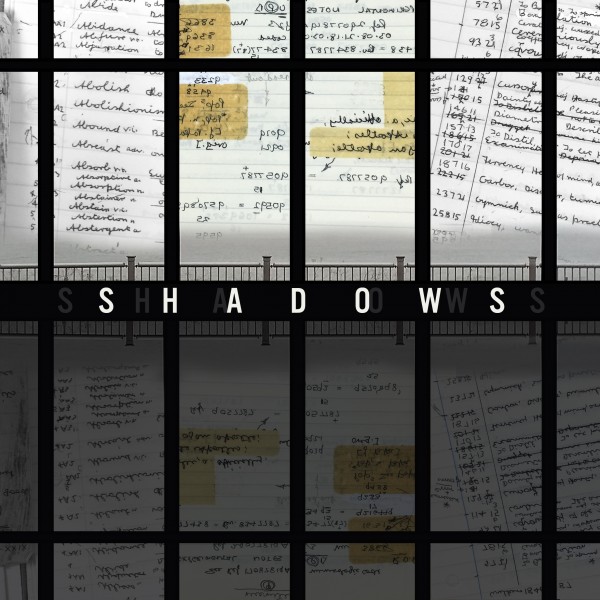 Shadows is a series of installations by multi-media artist’s Emma Gibson and Conrad Armstrong exploring the shadow’s role in psychology, genetic memory and the landscapes of Cliftonville and Margate. Armstrong’s Shadow Progress presents an ever-shifting installation of sand and sculpture while Gibson’s Partial Breaks explores her own family’s biography using sound and cryptography.

Conrad Armstrong (b 1989, UK) – Born in Lambeth, London to an artistic family, Conrad Armstrong is a multi-disciplinary artist who uses visual, sound, word, sculpture and installation in his practice. He has been mentored by renowned British artist Maggi Hambling since the age of 18. Conrad dropped out of Central Saint Martins and had a brief flirtation with The Royal Drawing School in Shoreditch.

With no formal art school education Conrad has created his own independent constantly evolving school through conversation, collaboration, contemplation and practical advice from his friends, contemporaries and family members. Conrad is a strong believer in the strength of creative collectives & communities and is a founding member of the Vicious Collective – a group of artists who respond creatively to death, sex and politics using satire and magik. His current studio is on Fish Island in Hackney Wick – in one of the most vibrant creative communities in London (until they finish demolishing it in favour of unaffordable housing and a cultural wasteland).

‘The progress of an artist is a continual self-sacrifice, a continual extinction of personality’ – T. S. Eliot

Are you trying to send me a message?

The process of deciphering the family code penned in secret by Emma’s grandad Roy until his death in 2007, begins with Partial Breaks #1 which investigates numerical music notation as a possible cryptographic key.

Working with musical collaborator and classically trained pianist Ciara Haidar, alongside a second line of enquiry into genetic memory, Partial Breaks #1 explores the urge to discover secrets that’s deeply ingrained in human nature; even the least curious mind is roused by the promise of sharing knowledge withheld from others.

Emma, by coincidence, lives in a building in Margate that her father thinks he remembers being taken to as a child by his father, Roy. He was too young to remember why.

Emma Gibson (b1980, UK) is a British artist working primarily in installation for the past 10 years. Investigations into how each of us constructs our own reality and the bigger questions about what’s real versus what’s true are constantly moving goal posts in her multimedia work. A broad range of research influences her practice, including science and science fiction as well as literature and culture.